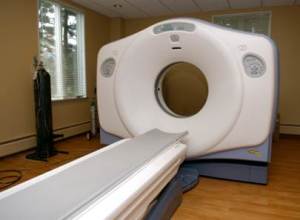 This is the title of a great article published today by Scientific American about risks of developing future cancers from CT scans. Since cancer patients get frequent CT scans, this subject comes up frequently among lung cancer survivors. I learned some key facts:

(1) Estimates of cancer risk have until recently been based on “cancer rates among the long-term survivors of the atomic bomb blasts in World War II,” a data set that doesn’t really mesh with the radiation exposure generated by CT scans. About a dozen studies worldwide are now looking at cancer rates in patients who’ve had CT scans.

(2) The amount of radiation exposure generated by a CT scan is not regulated by the FDA in the US. Some centers use higher levels of radiation than others. Last year the American Association of Physicists in Medicine published standards for CT procedures and doses. Also, as of 2012, facilities that accept Medicare Part B must be accredited by the American College of Radiology and follow their dosage guidelines if they want to get reimbursed.

(3) Radiologists Sarabjeet Singh and Mannudeep Kalra “discovered that they can diagnose certain abnormal growths in the lungs and perform routine chest exams with about 75 percent less radiation than usual.” Massachusetts General Hospital has adopted this approach, and the researchers are sharing their methods around the globe.

From now on, I’m going to be sure any facility that scans me has American College of Radiology accreditation, and I’ll ask if they’re aware of Singh and Kalra’s work.